ALL files and links on this page are correct. Please inform us of any errors HERE.

The MCCV has published newsletters since 2010, named ‘MCCV News’ to keep the Maltese community in Victoria and other Maltese living around the world informed about activities, announcements and news that may be of interest to them.

The MCCV is reintroducing a bi-monthly newsletter which will be published until further notice.

The newsletter will not be published until further notice.

Additionally, below you can find and download newsletters from other MCCV affiliated associations. 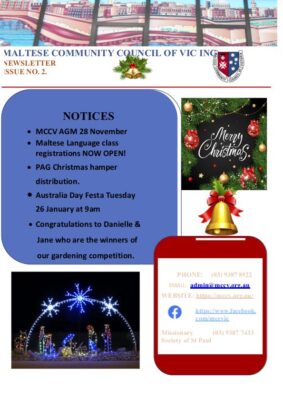 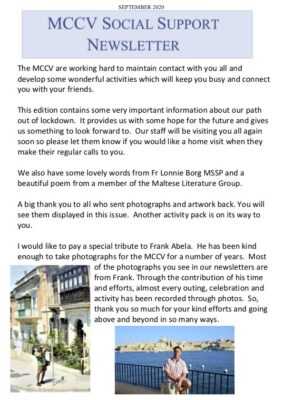 The Voice of the Maltese 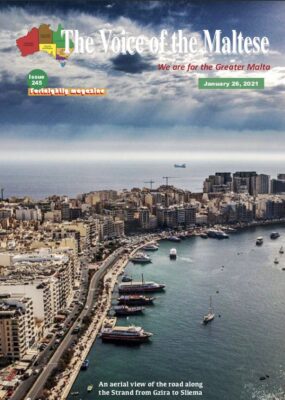 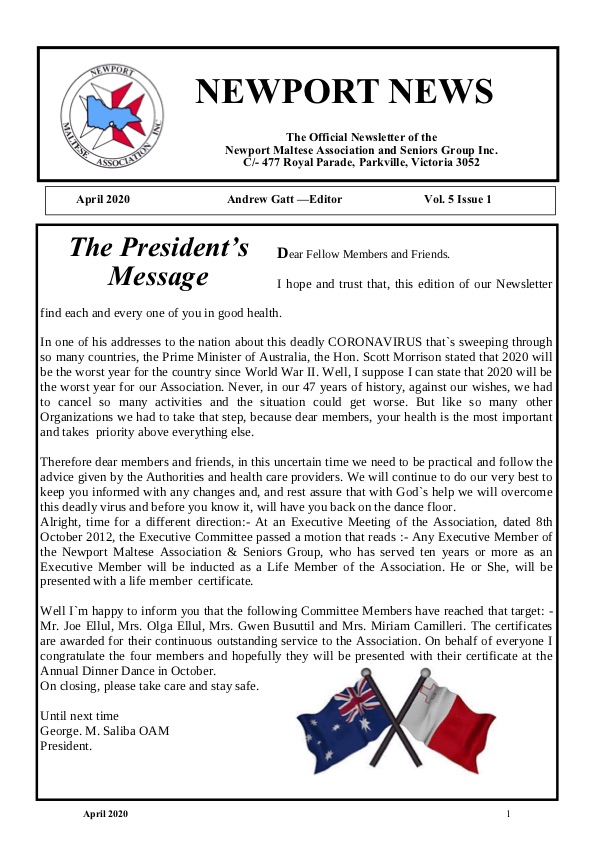 The Journal of Maltese Living Abroad 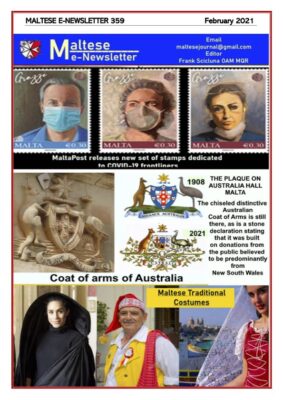 Members of the MCCV Executive Committee delivered the following Keynote Papers at the Convention of Maltese Living Abroad organised by the Ministry of Foreign Affairs held in Malta in April 2015:

Professor Maurice Cauchi presented two papers. The first paper titled The second generation: Who are they? (click here for presentation) covered the result of a survey of the second generation of Maltese-Australians that he conducted on behalf of the MCCV. The survey findings indicate that there is still a relatively strong interest within the second generation in relation to keeping in touch with what is happening in Malta, through the use of one or other means of communication, most frequently through electronic means.

Professor Cauchi’s second paper titled Life After Retirement – analysis of a survey (click here for presentation) presents the results of a survey conducted of persons with Maltese-sounding names were randomly contacted by telephone and asked if they would like to take part in this survey. In his conclusion, Prof Cauchi states: “It must be regretted that studies of this nature have been rare. Unless such studies are done, it is impossible to gauge the needs of our citizens living abroad. It is the policy of governments overseas to wean settlers from overseas away from ethno-specific services, and encourage them to use generic services within the community. This makes sense as a cost-cutting measure, but, as they say, a leopard doesn’t lose its spots as it grows older, and neither do Maltese lose their culture with advancing age. It is much more likely that they lose the use of English, and become more and more dependent on their original Maltese language.”

Dr Edwin Borg-Manché co-authored a paper on New horizons for a digitally-enabled engagement of the Maltese Diaspora paper (click here for presentation) with Alexander Borg, Manager of the MITA Innovation Hub at SmartCity Malta, who presented it at the Convention. The paper explores new horizons that exploit innovative means of digital communication to enrich the government-diaspora relationship and facilitate the participation of the Maltese living abroad in the “political, social, economic and cultural life of Malta” as envisaged by Section 20A of the Constitution of Malta. The paper considers elements of the Digital Malta – National Digital Strategy 2014-2020 (of which Alexander Borg was a co-author) that are relevant to Maltese individuals, communities and entrepreneurs living abroad and identifies potential opportunities to benefit from them through the intelligent and universal use of digital technology.

Mrs Edwina Mallia’s paper titled The ongoing quest to engage Maltese-Australian youth in Victoria with their Maltese identity continues provides a brief historical account of the various youth groups and initiatives to encourage the participation of the younger generations of Maltese-Australians in the State of Victoria. The paper concludes that “It is our experience that youth committees are not easy to establish and keep going. However, if a kernel of enthusiastic young people can be brought together and supported by established organisations, then there is hope that they will succeed and flourish. Establishing such groups is crucial for the maintenance of Maltese culture within the community.”

Members of the MCCV Executive Committee delivered the following Keynote Papers at the Convention of Maltese Living Abroad organised by the Ministry of Foreign Affairs held in Malta in March 2010:

As the first generation Maltese community in Australia is ageing and shrinking in size, the younger generations have shown little or no interest in continuing the Maltese language, culture and traditions. In this paper the authors, MCCV President Victor G Borg (who delivered the paper at the Convention) and MCCV PRO Dr Edwin Borg-Manché deal with the challenge that Maltese community organisations in Australia have been, and are still facing in engendering the interest and of the younger Maltese-Australian generations in the Maltese language, culture and traditions as well as their Maltese heritage. Recommendations were presented on what action should be taken to ensure that the Maltese communities in Australia do not become extinct in a matter of a couple of decades.

In this paper, Prof. Maurice Cauchi, MCCV Immediate Past President, considers three major issues affecting elderly Maltese, i.e. those 65 years and older, who now form a third of the total Malta-born generation: firstly he provided a summary of the demographic situation in Australia as emerged from the last census (2006); secondly, he presented a picture of the social life of elderly persons who are still active, based on surveys carried out recently in Melbourne; and thirdly and perhaps most importantly, he highlighted the needs of the immobile, frail elderly who form the most needy category and summarised the efforts of the Maltese Community Council of Victoria’s role in tackling these needs.

In this paper, Paul Borg, MCCV Treasurer, provides information on an extremely complex aged care system that operates in Australia covering the range of care facilities and programmes that are available, government subsidies for those wishing to enter aged care facilities, as well as financial and health issues faced by residents of these facilities.