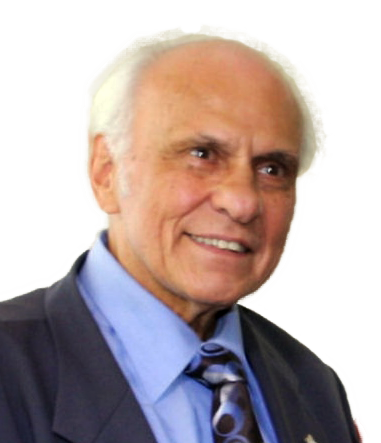 OBITUARY   Alfred Fenech, President of the Maltese Community Council of NSW, and former Honorary Consul (Commercial) for Malta in NSW, passed away on Monday 30 June 2014 aged 76 years. Better known as “Freddie” among Maltese-Australians, Alfred Fenech was a stalwart advocate for the Maltese in NSW, with a strong track record of active community involvement stretching over 40 years.  His life-long commitment to engendering unity among Maltese is equal to none in NSW.
Funeral Mass for Alfred Fenech will take place on Tuesday 8th July 2014 at 10.30 am at St Marys Cathedral, St Marys Rd, Sydney NSW. This will be followed by a burial service to be held at 1.00 pm at Rookwood Cemetery, Hawthorne Ave, Rookwood NSW. The funeral director has created an online memory book at the link below, in which anyone, particularly those who cannot attend the funeral or reside interstate or overseas, may express their condolences: http://www.heavenaddress.com/Alfred-John-Carmel-Fenech-OAM/480979
Alfred was born in Sliema, Malta in 18 July 1937 and migrated to Sydney, Australia in 1955 as an 18 year-old lad. He graduated Bachelor of Arts in Economics from the University of Sydney graduate in 1966.
Alfred initially occupied a number of positions in the private sector. In 1958, he joined the Federal Public Service in the then Repatriation Department, which looked after the health and pension entitlements of ex-servicemen.  In 1963, Alfred joined the then Dept of Labour & National Service to carry out labour market research. He also worked in the Australian Trade Commission (Austrade) for over 30 years as an export consultant. Alfred retired in 1998 and started his own consultancy business under the name of Ausetno Export and Business Services. He also carried out special consultancy work to immigration lawyers.
Between 1998 and 2003 Alfred served as Honorary Consul (Commercial) for Malta in NSW and from 1997 to 2004 as Executive Officer of the Australian Maltese Chamber of Commerce after being one of its foundation members. He arranged for the first ever trade mission from Malta to come to Australia and accompanied three trade missions from Australia to Malta.
Alfred is a foundation member of several organisations. His active and tireless involvement in the Maltese community is illustrated by his long list of achievements which include:

Alfred strove to develop a united community under the umbrella of the Maltese Community Council of NSW, which greatly enhanced the name of the Maltese community in the greater Australian society. He developed various services for the Community including a welfare service funded by grants from the Ethnic Affairs Commission of NSW (now Community Relations Commission).
In the 1970s, he started the campaign for Maltese Dual Citizenship which was eventually granted by the Malta parliament in 1990.
Alfred actively promoted Maltese culture and social activities. In 1975 he held a variety concert at Bankstown Town Hall using local talent, giving rise to various performers and performing groups. In 1976 started the Maltese Carnival which continued till 1995.
In 2004 Alfred organised the staging of the first ever Maltese opera in Australia – I Martiri by Maestro Carmelo Pace – at the Riverside Theatre in Parramatta, NSW.
Alfred acted as the main community coordinator in NSW for the visits of VIPs from Malta including the President, the Prime Minister, the Archbishop and various ministers.
In 1991, Alfred started a Malta Youth Day to encourage the young people of Maltese origin to appreciate their Maltese heritage.
With the assistance of Mr. Paul Zammit, MP, then Minister Assisting the Premier on Ethnic Affairs, Alfred opened the first respite care centre in Leichhardt.
Alfred was responsible for many submissions to governments on various issues affecting the Maltese community including immigration reviews, the Reciprocal Social Security Agreement, the teaching of the Maltese Language in government schools, Maltese programs on SBS radio and SBS TV and many other issues.
Alfred was a Foundation Member of the Ethnic Communities Council of NSW.  He was a member of the subcommittee that drew up the constitution of the Council. He served as Executive Member of the Council for eight years and as Member of the Media sub-committee for many years.
In 1993 Alfred Fenech was a recipient of the prestigious award, the Order of Australia Medal (OAM) for his services to the community. His contributions have been many and varied in a number of fields, both within the Maltese community and mainstream Australian.
Alfred was married with three children, Paul, Marisa and John, and grandchildren. Our sincere condolences go to his family
Freddie will leave a huge void in the Maltese community.
May he rest in peace.