Australia now known as most inhumane, uncaring and selfish of all wealthy countries – Malcolm Fraser 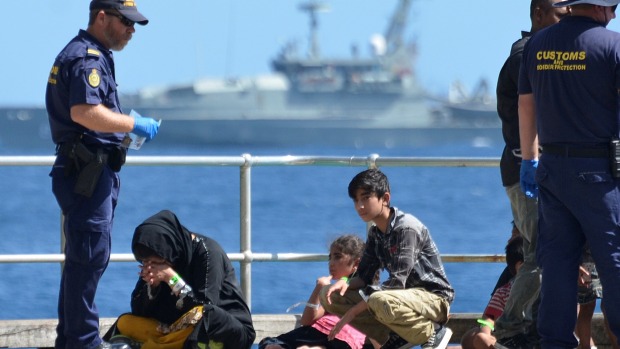 NEWS     Australia is now known around the world as the most inhumane, the most uncaring and the most selfish of all the wealthy countries, former Australian prime minister Malcolm Fraser has declared.
Mr Fraser says migration legislation passed last week has given Immigration Minister Scott Morrison “dictatorial, tyrannical powers” over the lives of asylum seekers and “destroyed the rule of law as we know it”.
He has accused the crossbench senators who supported the legislation, on the basis of concessions they negotiated with Mr Morrison, of committing “a political error of fundamental proportions”.
A controversial bill that will introduce new temporary visas and give the government sweeping new maritime powers was passed in the Senate in the early hours of Friday morning (4 December).
The bill will allow the government to detain asylum seekers, fast track refugee status determinations and distance itself from the Refugee Convention, of which it is a signatory.

It will also mean that just over 100 children who are in immigration detention on Christmas Island will be released by Christmas, as promised by Immigration Minister Scott Morrison in a last minute pitch to the crossbenchers to garner their support.
The amended Act, which was the last bill to pass in the Senate for 2014, hinged on the support of six crossbenchers.
Speaking at the opening of the Asylum Seekers Resource Centre’s new premises in Footscray, Mr Fraser said the children Mr Morrison had agreed to release from detention could be sent to their home countries under new ‘fast track’ processing, or face years in limbo on temporary visas that preclude family reunion.
A spokesperson for Mr Morrison repeated yesterday that all children in detention on Christmas Island would be brought to the mainland before Christmas, but declined to indicate whether they would be released into the community on bridging visas or initially held in detention centres.
“Why are these children more important than the 167 on Nauru who remain in detention, whose only future is to be released into Nauru, a country and a people who do not want them?” Mr Fraser asked. 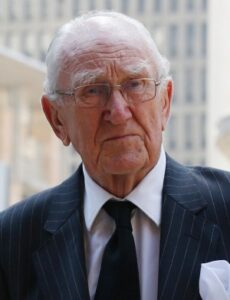 Mr Fraser said the concessions secured by the crossbenchers, which also included the promise of a higher refugee intake and work rights for those on bridging visas, were outweighed by the “infinitely greater harm to our democratic structures”.
“The crossbench senators, Xenophon, Wang, Lazarus, Day, Leyonhjelm and Muir are wrong because their grievous political error has betrayed Australian democracy,” Mr Fraser said.
“They have co-operated by tearing up international conventions, practices of international law, all necessary if we are ever to establish a better and a safer world. The legislation reinterprets our own law and whatever safeguards there may have been in it, are now destroyed.”
Senator Ricky Muir told the Senate he was faced with a choice between “a bad option and a worse option”, but had acted because the government said it would not process 30,000 asylum seekers who came under the former government unless the legislation was passed.
Senator Muir also said he could not ignore a letter from asylum seekers on Christmas Island who were prepared to accept temporary visas to end their mental anguish and pain.
Mr Fraser said the legislation stripped out the obligation not to return asylum seekers to danger and gave Mr Morrison “more power over the fate of individuals than does the prime minister, the foreign minister, the attorney-general, or any other minister”.
“The minister will now decide the fate of asylum seekers, whether they are eligible for a visa, whether they are sent back to where they came from, even though torture may be a possibility,” he said.
“There is no review from the minister’s decision. The minister can push an asylum seeker boat back the sea and leave it there.
“He can block an asylum seeker from making a protection claim on the vaguely defined grounds of ‘character’ or ‘national interest’. His reasons are secret. He can detain people without charge, deport them to any country he chooses, even if it’s a place where they have been known to be tortured.”
Source: Article by Michael Gordon, Political Editor of The Age newspaper, published at www.smh.com.au.
Previous
Carmelo Abela appointed Malta's new Home Affairs Minister
Next
Dom Mintoff monument inaugurated in Cospicua