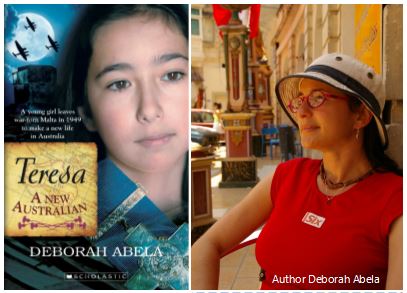 My father was born in a cave in Rabat, Malta in 1942. Lying between the battlefields of Europe and North Africa, Malta was highly prized by Hitler and remained under siege for three years, making it the most heavily bombed place of WW2.
After the war, Malta was in ruins and like many other Europeans, the Maltese migrated to countries that offered the chance of a new life. They would leave loved ones, homes and family to take a chance on an unknown future. My father, along with one million others, made the journey to Australia.
Jobs were plentiful and many migrants worked multiple jobs to earn enough to buy homes and give their kids a good education. They gave up so much to create a better future for their families.
But life was also hard and Australia wasn’t always an easy place to be. The newly appointed Minister for Immigration, Arthur Calwell, knew Australia needed a bigger population to build the nation and to defend it if there was another war. With only 7 million people, he declared that the country needed to ‘populate or perish’, but he was also a staunch supporter of the White Australia Policy, which meant Australia wasn’t always welcoming of the new arrivals. It also meant when Australian migration officials interviewed potential new migrants, there was an understanding that applicants had to be healthy and of good character, but it also it helped if you were white.
As a little girl, my father would tell me stories about Malta. His story of being born in a cave was always my favourite. I also remember sitting on our lounge room floor in the dark and watching jittery super 8 footage of Malta from trips my father made as an adult. When I first saw the golden cliffs, ornate churches and clear blue skies and sea, I knew one day I would visit. I first had that chance in 2005. The moment I first saw Malta from the plane, I could see it was beautiful and when I stepped off the plane, I cried.
When I learnt more about the bombing raids and the cavernous shelters the Maltese hid in, I knew it would make a fascinating story for your readers.
Teresa: A New Australian is the story of a young girl who was only four-years-old when the bombs began to fall. Over the next three years her island home of Malta became the most heavily bombed place of WW2. With her country destroyed and starvation rife, Teresa’s father decides to leave for Australia, to its promise of jobs, wealth and a brighter future.
She and her family sail to Sydney, knowing very little about the country they are about to call home. Even though Australia offers so much, everything feels strange and new. Teresa desperately misses her family and friends in Malta, especially when she is bullied and called names simply for being different. But like my Nanna Teresa, she is a fighter. This young girl survived a war and she is determined to make Australia her home.
I interviewed many Maltese for this book. There are too many to mention here, but they told me stories of the dank, earthy smell of the shelters, of the minestra handed out by the nuns at the Victory Kitchens, which sometimes had goat meat prickled with tough hair. They remembered the long, rough sea crossings with bland food, but also the parties and friendships, and they remember arriving in Australia, full of hope but also fear.
Post WW2 saw the biggest wave of migration the world had ever witnessed. People came with nothing, having left everything behind. Today we are seeing another wave of migrants around the world, fleeing war and starvation, just like my dad and his family. There is the same amount of fear and suspicion towards them but what we have to remember is that Australia became a stronger, richer nation with the post-war migrants. We became more interesting in our food and mix of cultures. Every one of us who lives in Australia, is here because we or our ancestors travelled here. We are one of the most successful multicultural countries in the world and I think we can all be very proud of that.
Teresa: A New Australian, will be published in Australia in March and translated into Maltese in Malta and released in October, which makes me very proud. It is dedicated to my Nanna Teresa, who died before I was born, but who was a brave and courageous woman.S
Deborah Abela
www.deborahabela.com