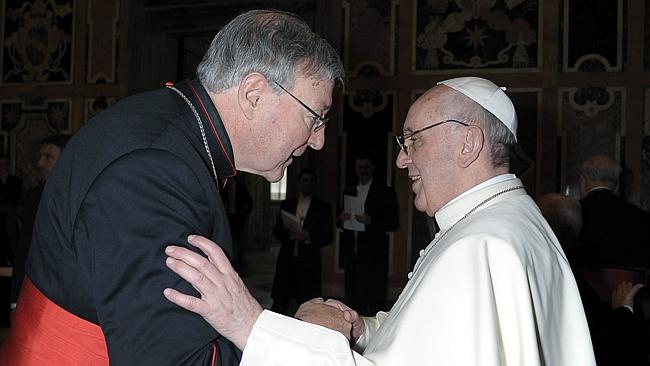 NEWS   Pope Francis has appointed Australia’s most senior member of the Catholic clergy, Cardinal George Pell, to one of the Vatican’s top posts, that of Prefect for the Economy of the Holy See. He will leave his position as Archbishop of Sydney at the end of March to take up the new role at the Vatican.
In his new role, the 72-year-old Cardinal will be responsible for preparing the Holy See and Vatican’s annual budget, as well as financial planning and enhanced internal controls. The new ministry is the first decisive action by Pope Francis in the wake of scandals at the Vatican bank.
“The Holy Father today announced a new coordination structure for economic and administrative affairs of the Holy See and the Vatican State,” it said in a statement.
The Vatican said the move followed recommendations made by cardinals advising the Pope, including for a “more formal commitment” to international standards.
The changes “will ensure better use of resources, improving the support available for various programs, particularly our works with the poor,” it said.
It is seen as a plum posting for Cardinal Pell, who will relocate to the Vatican by the end of next month.
Robert Mickens, the Vatican correspondent for Catholic weekly The Tablet, says Cardinal Pell will play a key role in putting the Vatican’s expenditures in a more transparent and fiscally sound light.
“It’s a brand new position that’s been created; it’s a top level Vatican post,” he said. “In some ways, you might say, he’s the chancellor of the exchequer, in a sense, from the Vatican’s point of view.”
Cardinal Pell says reforms will be significant
In a written statement, Cardinal Pell says he is deeply honoured with his new appointment.
He says the financial reforms will be significant and will make better use of the resources to help the poor and disadvantaged.
The new ministry, formally a Secretariat for the Economy, will be governed by a 15-member council of eight clergymen from different parts of the world and seven lay international financial sector experts.
Pope Francis will also nominate a general auditor with broader powers to oversee all Vatican departments.
Last April, Cardinal Pell was appointed as one of eight cardinals to advise the Pope on how to reform the Catholic Church.
His spokeswoman says the new job will not prevent him from giving evidence at the hearing into the case of a former altar boy who took action against the church in 2006.
Click here for a profile of Cardinal Pell
[Source: www.abc.net.au]
Previous
44,729 non-Maltese EU nationals on Maltese electoral register
Next
Abbott government commissions ABC and SBS efficiency review