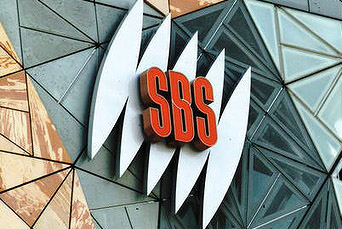 NEWS   The national broadcaster Australian Broadcasting Corporation (ABC) and the multicultural Special Broadcasting Services (SBS) could be required to work more closely together as the Federal Government looks to continue slashing both their budgets. This month’s federal budget cut about $43.5 million from both broadcasters via a one per cent efficiency dividend. However, the Government warned that money was simply a “down payment” on further savings to come, following an efficiency review.
The final report from that review is currently with the boards of the ABC and SBS, but is unlikely to ever be made public. The 146-page study, which contains 48 areas of analysis across the ABC and the SBS, identifies five key areas that it says may lead to significant operational efficiencies or savings. These include the merging of some operational aspects of the SBS and ABC, retiring old technologies and finding new ways for the ABC to raise its own money.
The report says any merging of operations between the ABC and SBS would ensure the organisations maintain their separate and unique programming identities.
Yesterday, the head of SBS warned coverage of the Tour de France and the soccer World Cup in Brazil due to start on 13 June were at risk if the Government slashed any more funding from the broadcaster.
Fairfax Media reported that the draft review recommends that SBS vacate its flagship Sydney and Melbourne premises and “co-locate” with the ABC in its Ultimo and Southbank offices. This would see SBS depart its headquarters in Artarmon, North Sydney, and Melbourne’s Federation Square. The move would potentially rake in millions of dollars through asset sales and efficiencies achieved through merged back-office operations. The two broadcasters would then share studio facilities, cameras, broadcasting equipment and other resources for the first time.
However, there are concerns that shared facilities would be the “thin edge of the wedge” for the broadcasters’ independence – particularly the much smaller SBS. Since its creation in 1975, SBS has maintained its own studios and office space, reflecting its separate identity. Sources said shared facilities would make pooled staffing and even a total merger more likely in the long term.
[Sources: www.abc.net.au and www.smh.com.au]