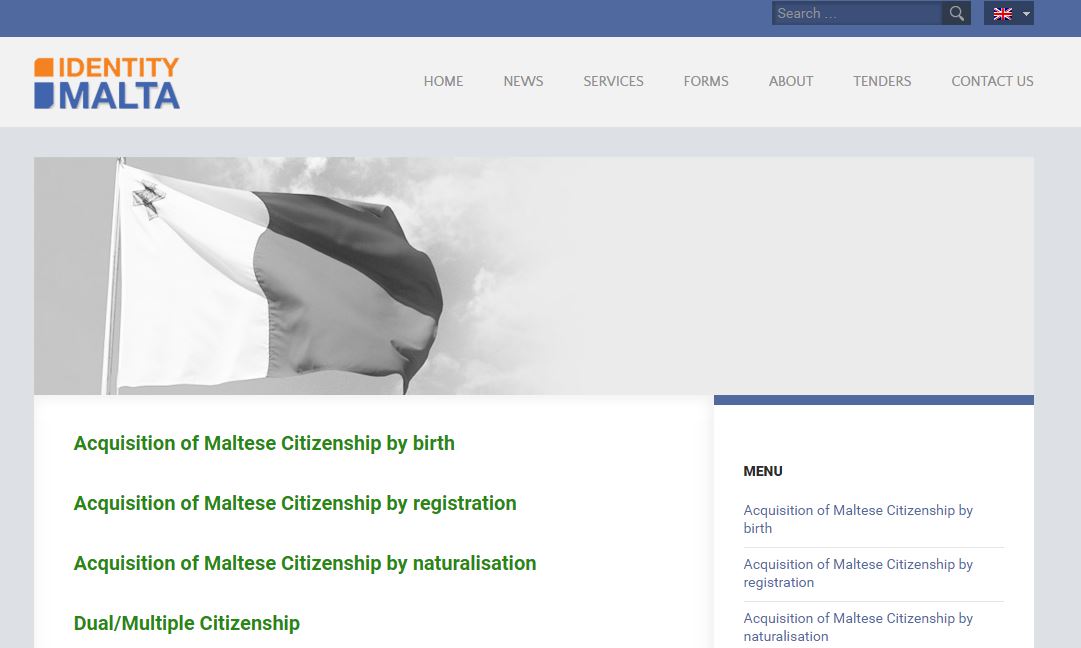 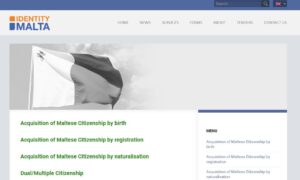 The Maltese government agency, Identity Malta, has been inundated with applications for Maltese citizenship and is struggling to cope with the volume. The agency is responsible for the processing of such applications which have drastically increased over the last years.
In an article published on 23 January 2017, the Times of Malta reported receiving various complaints from applicants complaining that their requests for citizenship have been “stuck for years” at Identity Malta. The newspaper was informed that the number of applications “through the normal channels” have more than doubled in the last five years.
While refusing to give information on how many applications were currently pending at Identity Malta, a spokeswoman for the agency said that last year “the number of applications for Maltese citizenship increased by 53 per cent when compared to 2011”.
Excluding applications related to the scheme selling Maltese passports – technically known as the Individual Investor Programme – Identity Malta said that in 2016 the agency received 1,233 applications for citizenship by registration and another 410 applications for citizenship by naturalisation. At the same time, the agency said that during 2016, the agency processed a total of 1,641 applications out of which 333 were turned down.
The previous week, the same newspaper reported the story of a mother, Ms Elena Spagnol, originally from Russia, who obtained Maltese citizenship five years ago complaining that her children’s applications had been ‘stuck’ at Identity Malta for four years.
She complained that “the agency is a mess” and asked the responsible minister (Dr Owen Bonnici) to intervene and get the agency’s act together. The Russian woman, who became a Maltese citizen more than five years ago after marrying a Maltese man, said that despite spending hours queuing to ask Identity Malta about the state of the applications of her two children, aged 20 and 12, the only response she got was that she still had to wait. She said that she applied for her children to be given Maltese citizenship more than four years ago. She claimed that they have a right to citizenship because she is already Maltese. However, every time she sent to Identity Malta to ask about the status of the applications, she was told to wait and that the applications are still being processed.
“How can an application take four years to be settled? We are dealing with human beings here. It’s not acceptable that this state of affairs continues in a supposedly modern European country,” Ms Spagnol said.
She said Identity Malta officials came up with “all imaginable types of excuses”. On two occasions she was even told they had lost their applications, she added. Ms Spagnol said she decided to speak to the Times of Malta because the situation was “really becoming intolerable”.
Her elder son, who has been living in Malta for 11 years and works for a private company, was informed by his boss that if he did not become a Maltese citizen by 21 he would be fired, she said.
Ms Spagnol said, though, judging by Russian friends’ experiences, the process of citizenship took long in some cases, she knew of nobody else who had to wait for four years. “It seems I’m not lucky enough to know some politician”, she said.
A number of people contacted the Times of Malta following the publication of the mother’s story, recounting similar experiences.
“It seems that if you don’t have €650,000 to buy a passport, the Maltese government treats you like a second class applicant,” said a British passport holder, who qualifies for dual citizenship. “The problem is that since I placed my application more than two and a half years ago, I have been completely left in the dark over its status,” he said.
An Italian citizen who said she qualified for a Maltese passport through marriage said she has been going through the process for three years. “Every time I go to the office (in Valletta) to ask why it’s taking so long, the officers just tell me that they can’t cope and we have to wait.”
Sources at Identity Malta told the Times of Malta that the agency is understaffed. “The agency’s officials have been asking for additional staff for the last two years. However, it seems that the government is only interested in giving a sterling service to these applying to buy citizenship while all the others have to wait,” the sources said.
The issue was also raised in Parliament with MPs from both sides of the House submitted parliamentary questions asking about the state of applications of various ‘future’ constituents. In his answers, Minister Owen Bonnici told MPs that the process was a very rigorous one which takes time.
Maltese citizenship can be acquired through two different processes – either by registration or by naturalisation. However, following the introduction of a specific programme, the Maltese government is also offering citizenship at a price through the Individual Investor Programme.
Interested non-EU citizens will have to pay some €650,000 and buy or rent a residence in Malta in order to qualify. For this category of citizenship, the government is bound by a specific time by when an application is processed and a passport is issued.
Over the past few years, even the MCCV has received similar complaints from several members of the Maltese community about inordinate delays in having their application for Maltese citizenship processed. As a result, in many cases, the issuing of a Maltese passport is also delayed. S
[Main Source: timesofmalta.com]