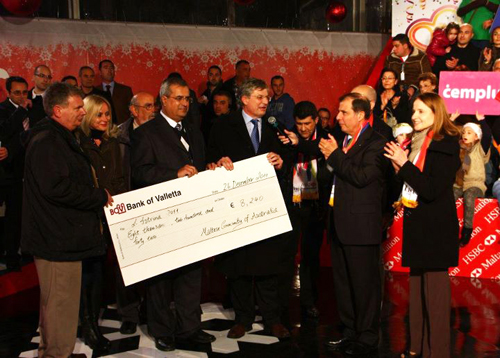 In a media release the Malta High Commission in Canberra announced that following the appeal by His Excellency Dr. George Abela, President of Malta, for donations to the L-Istrina Campaign, the amount collected from Australia totalled $10,600 (€8,640).

The Deputy Prime Minister and Minister of Foreign Affairs, Dr Tonio Borg, and the Consul-General of Malta in the State of Victoria, Mr Charles Mifsud, presented the donation to the President on behalf of the Maltese Community in Australia on 27 December 2011.

The Malta High Commissioner expressed his gratitude to all Associations for their effort in sharing this Christmas with those more in need.