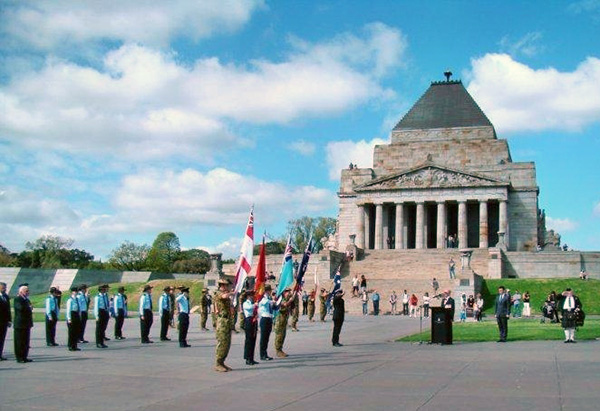 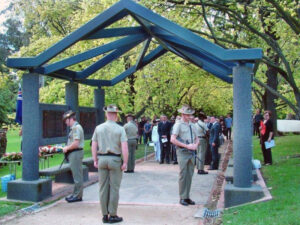 NEWS   Last Sunday on a sunny Melbourne morning at the Shrine of Remembrance and the Maltese Shelter of Peace the Maltese Australian Association held the annual commemoration of the Award of the George Cross to Malta on 15 April 1942, this year being the 72nd anniversary.
The Consul-General for Malta in Victoria, Mr Victor Grech, the British Consul-General in Victoria, Mr Gareth Keith Hoar, and  and representatives from the Royal Australian Navy, Army and Air Force were among the several dignitaries who attended. Maltese community organisations, including the Maltese Ex-Services Association, the Maltese Historical Association and the Maltese Literature Group were also represented.
During the march up the forecourt there were two flypasts of three RAAF Museum planes over the Shrine of Remembrance for the occasion. The army cadets formed a guard of honour on each side of the Cenotaph with the eternal flame. To the playing of sombre pipe music, the MAA President Mr Benny Soler laid a wreath at the Cenotaph accompanied by Shrine and Returned Services League representatives.
Brigadier Geoffrey John  Christopherson AM (Ret.) read the Ode to the Fallen and one minute silence was observed between the Last Post and the Rouse played by the Army Bugler. The march then proceeded to the Shelter of Peace, which is located on the east side of the Shrine over Birdwood Avenue and was built 22 years ago to mark the 50th anniversary of the George Cross Award.

At the Shelter of Peace MAA President Mr Benny Soler welcomed the official party and distinguished guests to the commemoration ceremony. Ms B Lightfoot read the Prayer of Peace and Lt Commander K Ford RAN read out the Royal Warrant of the George Cross to Malta. Major Andrew Kopada read a piece titled Malta United in Defence.

British Consul-General in Victoria Mr Gareth Keith Hoar read the Citation of the George Cross signed by King George VI on 15th April 1942. The President of the Maltese Historical Association, Mr Joseph Borg, read Homage to Malta in English, while the President of the Maltese Literature Group, Dr Victor Sammut, read the same in Maltese (Tislima lil Malta). Dame Leonie Christopherson AM DSI, Dame Of Honour Order of St John of Jerusalem Knights Hospitaller, made a speech for the occasion.

Wreaths were then laid by the various dignitaries and Maltese community representatives. Brigadier Geoffrey John Christopherson AM (Ret.) read the Ode to the Fallen and one minute silence was observed between the Last Post and the Rouse played by the Army Bugler.

Consul-General for Malta in Victoria, Mr Victor Grech, read a piece about Malta for Peace which refers to the two Sieges of Malta, the first being in 1565 and the second during World War II.

The ceremony concluded with the playing of the national anthems of Malta, the UK and Australia.

Another service to commemorate the George Cross Award to Malta was organised by the Maltese Ex Services Association and held on the previous Sunday 6 April at 2.30 pm at St Paul’s Chapel next to the Maltese Community Centre in Parkville. Following mass, the congregation gathered around to lay wreaths and flowers at the George Cross monument situated between the Chapel and the Maltese Centre. 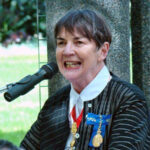 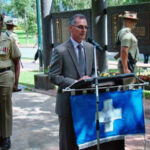 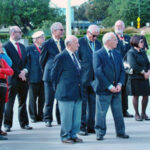 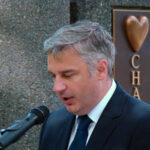