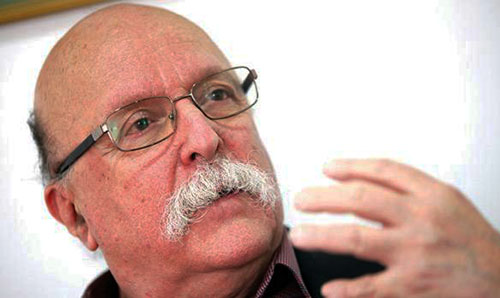 A radical reform of the legal aid system and the splitting up of the Attorney General’s role are among the 293 proposals included in the second document issued by the Justice Reform Commission headed by retired judge Dr Vanni Bonello. The document, which was presented to Parliamentary Secretary for Justice Owen Bonnici this afternoon, has been issued for public consultation.

The commission’s final report – which will incorporate the content of the first two, as well as the feedback received – is to be presented by the end of October, according to the timeframes which were set when the four-member commission was appointed last March. Apart from Dr Bonello, the commission includes retired judge Philip Sciberras, the dean of the University of Malta’s Faculty of Laws Kevin Aquilina, and family lawyer Ramona Frendo.

The second report’s proposals cover a wider ground than the first report had done, with the issues addressed including a citizens’ charter, the setting up of an administrative civil court, the Gozo Court, the Family Court, the Commission for the Administration of Justice and the parole system.

The commission believes that the Attorney General should no longer serve as a public prosecutor, as well as the government’s chief legal adviser, and recommends that the former role should be hived off.

When asked to outline the most important proposals, Dr Bonello stressed that the commission believed in the importance of all the proposals it had made. But he added that personally, he believed that the 30-odd proposals which would lead to a “radical” overhaul of the legal aid system were of particular importance.

He noted that the legal aid system may have been practical 150 years ago – pointing out that it has changed little since then – but added that it was now time to ensure that those who could not afford a proper legal defence are served well.

The reforms varied in size and scope, Dr Bonello noted. Some required simple changes in procedure, while others, such as reforming the Attorney General’s role, required constitutional amendments. The cost of each proposal also varied widely, he said, before adding that the commission hoped that the majority are accepted and implemented.

“If this happens, we will have made a significant step forward,” the retired judge said.

Dr Bonello noted that the feedback the commission has received since issuing its first report for discussion was largely positive, although he recognised that resistance was inevitable when changes to established procedures were proposed.

He said that the commission appreciated the criticism some proposals had received, adding that he hoped that its final report would account for the legitimate objections made.

On his part, Dr Bonnici expressed his hope that the commission’s work would help the government meet its targets on justice, which include a significant reduction in the courts’ backlog and making the law courts more accessible to people.