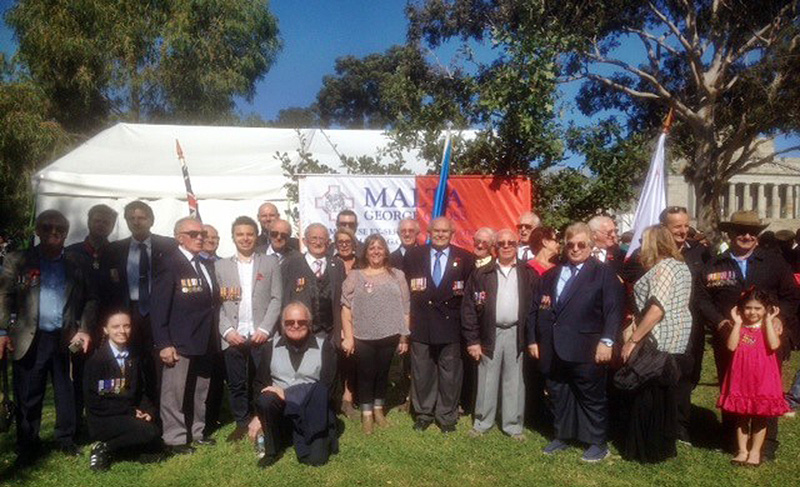 A group of Maltese Ex Services Association members and their families participated at the annual ANZAC Day march held at the Shrine of Remembrance in Melbourne yesterday.
The group was led by Association President Mr Joseph Stafrace, who took over the presidency after the passing away of  the much loved Emmanuel ‘Laurie’ Spiteri last year.
A group of about thirty marched with the Maltese ex-servicemen to the Shrine as part of the official proceedings. Later they visited the Shelter of Peace dedicated to Malta’s historic achievements in wartime located near the Shrine.  Joe Stafrace gave a brief address to the gathering, remembering our fallen and thanking all those who attended.

Group photo of the Maltese contingent One of the panels of the Shelter of Peace memoral