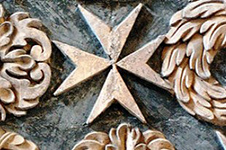 A special concert titled A Little Knight Musik featuring Baroque Music of the Knights of Malta will mark the celebration of the 900th Anniversary of The Order of Malta. An Opera Downunder event, the concert will be held at Newman College Chapel, University of Melbourne on Thursday 11 July 2013 at 7.30 pm. The concert is proudly sponsored by the Robert Salzer Foundation and supported by Newman College, Multicultural Arts Victoria, the Maltese Community Council of Victoria, Maltese Consul General and radio station 3MBS Fine Music.

The concert program will feature Julia Fredersdorff (violin), Donald Nicolson (harpsichord), Jamie Hey (baroque cello), Dimity Shepherd (mezzo soprano), Greg Dikmans, Meredith Beardmore and Sophie Weston (baroque flutes), and an early music orchestra under the baton of Fra Prof. Richard Divall, who is himself a Knight of Malta and well-known to the Maltese community in Australia. 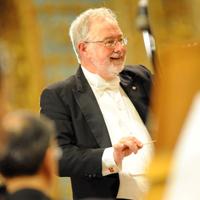 Baroque Malta saw the flowering of great European Culture. The Knights as patrons brought artists like Caravaggio, Mattia Preti and de Favray who painted the people and embellished the palaces and churches. Opera and Sacred Music also flourished in this cultural centre.

In this concert music from this fascinating world will be presented for the first time, including music from the Baroque Opera, from the Grand Masters Palace and from St John’s Co-Cathedral in Valletta.

This concert comprises a selection of concertos for violins and flutes, as well as arias composed for the castrato singers of the period, performed by Melbourne’s leading baroque artists together with our finest young early musicians.

Previous
Malta's Chief Justice complains about lack of consultation with Judiciary
Next
From economist to politician, EU auditor and Central Bank Governor