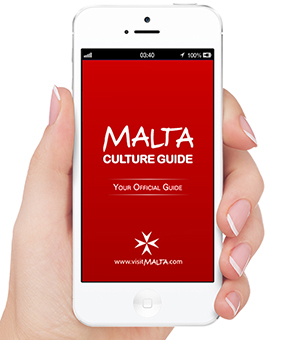 The Malta Tourism Authority has just released a new version of its successful iPhone App Malta Culture Guide, the official guide to the cultural highlights of Malta available in four languages: English, Italian, French and German.

The success of the Malta Culture Guide App, with more than 26,000 downloads, has encouraged the Malta Tourism Authority to further develop the application and enrich it with a special focus on Caravaggio and Mattia Preti, two great Italian artists of the 17th century who lived and worked in Malta.

During 2013, the 400th anniversary from Mattia Preti’s birth will be commemorated in both Malta and Italy. The new application represents an ideal way of discovering the picturesque towns and villages of Malta and Gozo where Caravaggio and Mattia Preti left their mark. Often overlooked by tourists, these villages offer beautiful baroque churches, unique architectural and natural attractions and a relaxed atmosphere which brings you back in time.

“Our App helps independent travellers to make the most of their time in Malta,” said Dominic Micallef, Segment Head History & Culture of MTA. He added “The Malta Culture Guide contributes to the fast growing reputation of Malta as a key cultural destination in the Mediterranean, thanks to its unique and varied cultural heritage.”

Key features of the Malta Culture Guide 2.0 include:

Previous
2013 – European Year of Citizens: raising awareness of EU citizens' rights
Next
Maltese language studies in Australian schools at risk of being axed in 2014