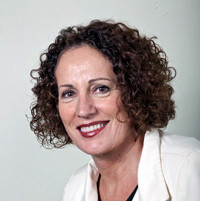 In early August Dr Helen Szoke (left) was appointed for a five year term as Australia’s first full-time Race Discrimination Commissioner. Before this appointment, Dr Szoke served as Commissioner with the Victorian Equal Opportunity and Human Rights Commission for 6 years. During her tenure, the Commission was responsible for introducing the charter of human rights and the Equal Opportunity Act 2010 of Victoria.

Dr Szoke previously held positions relating to management, community development, organizational development and regulation in the education and health sectors. She is currently a Board Member of Multicultural Arts Victoria and a member of the Advisory Committee for the Centre for International Mental Health, School of Population Health University of Melbourne.

She has held various other Statutory and Directors positions including the Adult Migrant Education Services, National Health and Medical Research Licensing Committee, Consumers Health Forum, the Scientific Advisory Committee for the Key Centre for Women’s Health, Women’s Health Victoria and various community agencies. She also served one term as a local city councillor.

Dr Szoke is also a Patron of New Beginnings which is an NGO set up to deal with peaceful conflict resolution with a focus on people of African Descent – It is a new organisation which is a collaboration between Sudanese and non-Sudanese Australians working towards peaceful productive lives through meaningful, sustainable actions that break cycles of conflict.

FECCA is the national peak body for all migrant organisations and ran the Reclaim Multiculturalism campaign last year to advocate for a national multicultural policy. FECCA will be working on the government’s Anti Racism Strategy together with the Department of Immigration and Citizenship (DIAC) and the Australian Human Rights Commission. FECCA is planning to hold public forums and undertake research for this strategy.

FECCA commended the inspirational work of the outgoing part-time Race Discrimination Commissioner, Mr Graeme Innes. The recognition of Race Discrimination as a full-time position for the first time since 1997 acknowledges the importance of this issue in our society. We look forward to working with Dr Szoke to strengthen the government’s anti racism agenda.

FECCA’s national Access and Equity consultations consistently reveal narratives of racism and discrimination, particularly amongst new arrivals to Australia. Participants have spoken about how racism has affected their capacity to find jobs and housing.

“Racism affects people’s ability to contribute to Australia. It affects their mental health and their capacity to find employment. We have to recognise and remove racism from Australian society if we want to find harmony,” said Mr Migliorino.