NEWS    Following the intervention of the European Parliament and EU Commission, the government of Malta gave in to pressure from the two bodies and agreed to add a one year residency requirement as one of the conditions to the acquisition of Maltese citizenship under the Individual Investor Programme (IIP), known as the ‘citizenship for sale’ scheme.
The new regulations giving effect to this and other changes were published in Legal Notice 47 of 2014 in early February.
However, the Maltese and English versions of this Legal Notice differed on the requirement of property purchasing or renting. The Maltese version of the Legal Notice says in Paragraph Five, Section IIB that investors have to retain their rented or purchased property for three years. But the English version says that the minimum period is of five years.
PN MP Jason Azzopardi had pointed this fact out in a Facebook post. Dr Azzopardi said that the government had said before Christmas that the property would have to be kept for a minimum of five years, as was stated in Legal Notice 450 of 2013.
The Parliamentary Secretary for Justice, Owen Bonnici had promptly replied that the government would correct the mistake and it has now done so through LN 59 of 2014 that corrected the mistake and both versions of the IIP law now say that applicants have to retain their property for at least five years.
Last week the PN said that it would present amendments to the fourth version of the IIP. It will seek to introduce provisions for clearer proof of residency and to “stop the conflict of interest by Henley and Partners.” The government has insisted that the law cannot be amended.
The second amendment to the Legal Notice on the IIP has just been published today in LN 63 of 2014. It contains an amended Form N, being Application form for Naturalisation as a Citizen of Malta (under article 10(9)(b) of the Maltese Citizenship Act, Cap. 188 and relative subsidiary legislation).
The latest amendment came in the form of a miniscule change to the application form for prospective new citizens, to the effect that they will need to prove residency. The addition to ‘Form N’ that needs to be filled out by applicants reads: “I undertake to provide proof of residence in Malta prior to being granted a certificate of naturalisation as a citizen of Malta in accordance with the Individual Investor Programme of the Republic of Malta Regulations 2014”.
This, however, varies very little from the change in the legal notice of 4 February, which had inserted the clause that an applicant “commits himself to provide proof of residence in Malta, and to provide proof of title to residential property in Malta in accordance with these regulations”.
In relation to Legal Notice 47 published on 4 February, The Malta Independent newspaper had reported that, while the government had presented the European Commission’s approval of the legal notice as a fait accompli, the European Commission was in fact still analysing the text to confirm that it ensures that its “effective residence” requirement is met.
Last week a Commission spokesperson had told the newspaper: “We are analysing the legal text which was published following the agreement reached between the Commission and the Maltese authorities to include an ‘effective residence’ requirement.”
But the government has been unusually evasive in describing what this “effective residence” actually means. When he announced the agreement, Prime Minister Joseph Muscat would not even commit himself to stating whether “a week’s holiday” was sufficient.
Both Dr Muscat and Parliamentary Secretary for Justice, Dr Owen Bonnici, have pointed out that 12 months’ residence neither meant spending 365 days in Malta, nor did it mean not having to set foot in the country at all, with the latter insisting that residency should not be assessed by counting the days spent in Malta.
Click the following links for the relevant Legal Notice:

How the debate on ‘Citizenship for Sale scheme’ events unfolded

The publication of the latest Legal Notice amendment is the latest in a series of events that occurred during the past month. Below is are some of the news reports on this story sourced from reports published on The Malta Independent online:
89% of MEPs votes against Malta selling EU citizenship 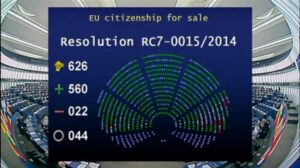 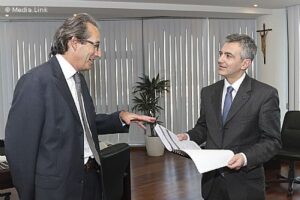 On 30 January it was reported in The Malta Independent that with EU vice-president Marcos Sefcovic declaring that the Individual Investment Programme now being a settled issue, Prime Minister Joseph Muscat said that now that agreement with the EU has been reached on the citizenship scheme, the only problem remaining would be if one tried to remove citizenship.
It was a clear reference to the Nationalist Party’s stand that if elected to government, citizenships granted under the IIP would be revoked by a PN government.
Mr Sefcovic said relations between the EC and Malta are “excellent”. Declaring the IIP a settled issue, Mr Sefcovic was positive about how the Maltese government chose to discuss the matter with the EC.
Dr Muscat said the issue is now settled and the arrangement was satisfactory to both sides. Talks had taken only a short time, he said.
A residency period for someone taking citizenship is a national issue and how long a person stays here is regulated by a country’s naturalisation law. Dr Muscat told the news conference that 12 months did not mean that one had to stay here 365 days. When he was an MEP, Dr Muscat said, he was not in Malta for 365 days, but he still retained his Maltese citizenship.
Dr Muscat said one could not ask anyone to stay in Malta and not leave. After all, it was not the number of days which mattered, but the good will and genuineness in implementing the rule.
Mr Sefcovic said there was good will on the two sides and the European Parliament should also be satisfied with the agreement, referring to the vote taken overwhelmingly against Malta in the past days. He said other countries had similar programmes and the EC would now be considering them.
Dr Muscat said it was normal to hold discussions and for there to be disagreement, but the final agreement is proof of the good relations between the two sides.
Deputy Prime Minister Louis Grech said other subjects had been discussed with Mr Sefcovic, including the European Monetary Union, dialogue between countries, immigration and EP elections.
Mr Sefcovic praised Malta for its work in trying to bring its finances under control and praised Mr Grech for his work for Malta.
[Source: www.independent.com.mt]
Previous
New proposed Malta bus routes, timetables published
Next
Health Issues Today medical, societal & bioethical