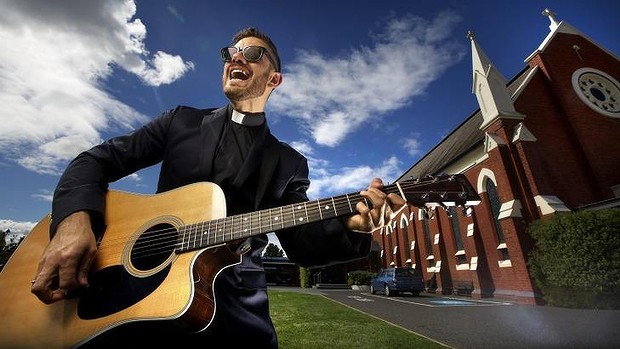 BLOG    Article by Julia May

Rob Galea is probably the biggest pop star you’ve never heard of. He plays to hundreds of thousands of people every year. He gets mobbed on the streets of many countries. He was invited to perform on the US version of The Voice, but was too busy. Is he based in Hollywood? London? No, Rob Galea lives in Shepparton, in central Victoria.
Such is the Galea paradox. He’s young – 32. He’s handsome – as evidenced by his selfies on Instagram. He has undeniable sex appeal – women are known to weep and scream “I love you!” during concerts. He’s a gym junkie who lifts 110 kilograms. But as well as being a pop singer and aspiring body-builder, this gently-spoken man with “Forgiven” tattooed down his well-honed bicep is an ordained Catholic priest; perhaps the world’s biggest celibate sex symbol. 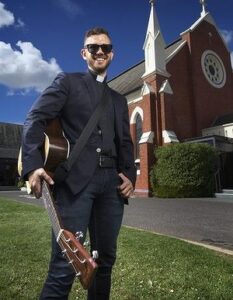