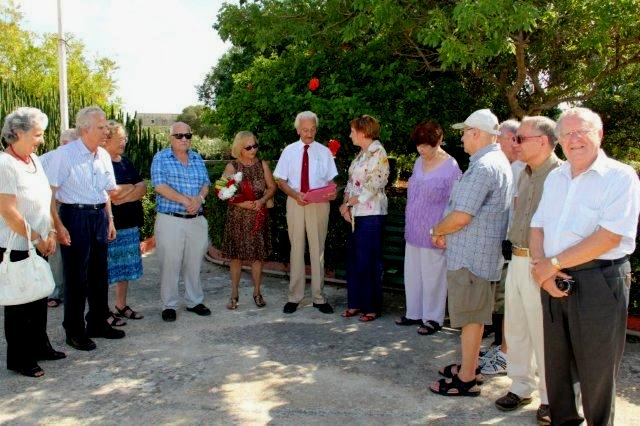 On 27 September 2012 the Hon Jennifer Rankine MP, Minister for Multicultural Affairs in the South Australia Government paid a visit to the ANZAC Memorial in Floriana. Chairman of the ANZAC Memorial Committee Malta, Mr Nicholas Bonello, welcomed her to the Argotti Botanical Gardens where the Memorial is being erected. It is in the final stages of completion.

Joining Mr Bonello in welcoming the Hon Minister were Committee members of the ANZAC Memorial Malta, the Maltese Australian Association, the Friends of Australia Association, the Memorial sculptor Ġanni Bonnici and his wife Pauline. Mr Bonnici was the winner of the competition for the best memorial design and also the sculptor of the two figures which will be cast in Bronze in the coming days.

Mr Lawrence Dimech from Sydney who was in Malta for the first meeting of the advisory Council of Maltese Living Abroad, was also among the gathering who welcomed the Minister. 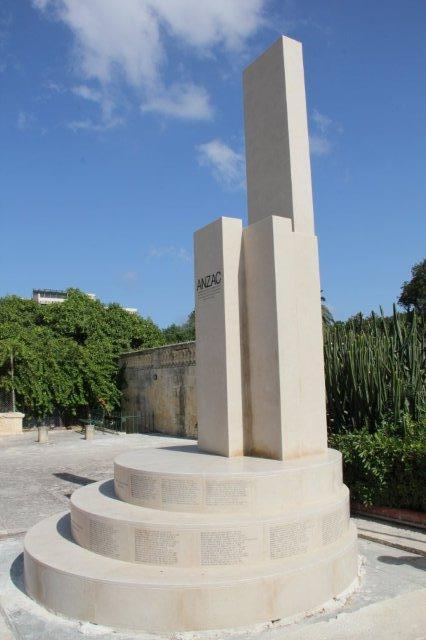