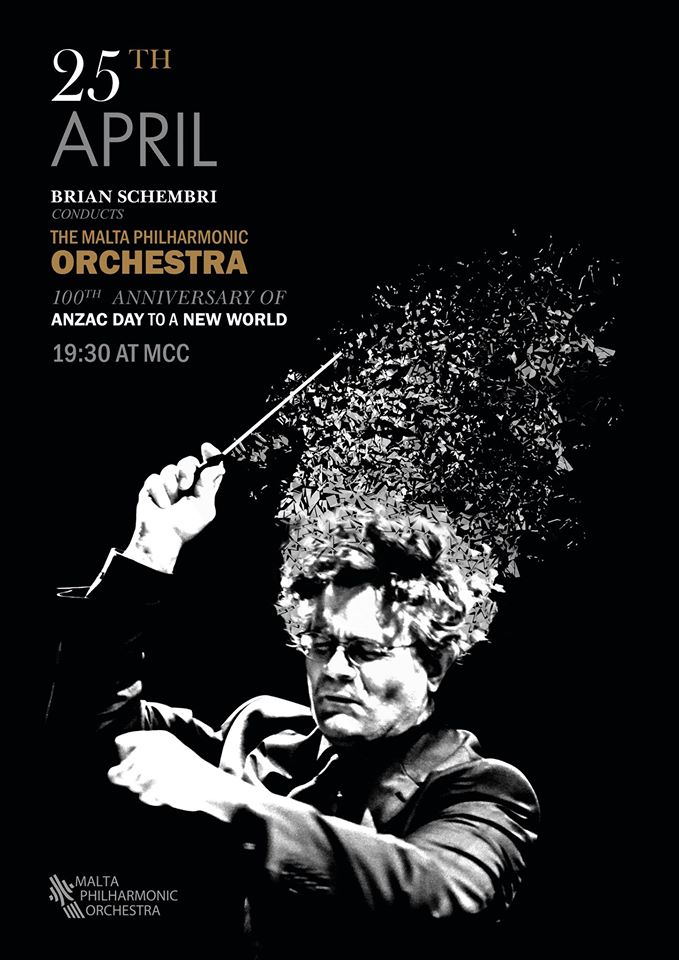 ABC Classic FM radio is scheduled to broadcast the recording of the Malta Philharmonic Orchestra’s Anzac Day Concert that was performed at the Mediterranean Conference Centre in Valletta, Malta on 25 April 2015. The performance can be heard on 11 November, Remembrance Day, at 10.00 pm Australian Eastern Standard Time on ABC Classic FM’s “Evenings Program”.
The Evening Program can also be heard online mid-day Malta time on the following link: http://www.abc.net.au/classic/program/evenings/ select “Listen Live” at the top of the page.

The MPO concert program consists of:

The recording of the concert was a collaborative project between the MPO and the Australian High Commission to mark the ANZAC centenary.  Australian Sound Engineer Andrew Dixon and MPO Sound Engineer Alec Massa created the recording as well as conducting a series of workshops for sound engineers in the days leading up to the concert.
The concert conducted by Maestro Brian Schembri was held on the evening of 25 April at the Mediterranean Conference Centre with a nearly full house in the main concert room. The Minister for Justice and Culture Owen Bonnici and a number of VIPs attended the concert, as well as members of the Australian and Maltese communities, including visitors from Australia.