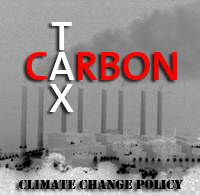 The Federation of Ethnic Communities’ Councils of Australia (FECCA), the national peak body for all migrant organisations in Australia, in a statement issued following the carbon tax announcement made yesterday by the Australian Government, stated that the tax measures will require careful implementation including targeted information provision and support for families and communities that are most vulnerable.

While FECCA recognised that action is necessary on climate change and commended Australia’s courage in leading the world in some of the proposed measures, FECCA believes that the implementation strategies will have to be carefully monitored and evaluated to measure its effects on different communities and families.

Prime Minister Julia Gillard yesterday evening announced the details of the carbon tax compensation package in an address to the nation on national television, which was followed by a reply from the Leader of the Opposition, Tony Abbott. The Government also released extensive modelling that shows Australia’s economy will continue to grow strongly at the same time as carbon pollution is reduced. The Strong Growth, Low Pollution report models the impact on the economy of putting a price on carbon pollution.

The Government modelling shows incomes and jobs will increase substantially while the country takes action to reduce the risks of climate change. National employment is projected to increase by 1.6 million jobs by the end of the decade.

Delaying action on climate change will only lead to dramatically higher costs, will undermine our competitiveness and will ultimately hit jobs and living standards. Putting a price on carbon will drive innovation and investment in clean energy technology, moving production towards less pollution-intensive processes.

The key points in the Prime Minister’s announcement may be summarised as follows:

An advocate for social justice and community harmony and against all forms of racism, FECCA had noted that the voice of Culturally and Linguistically Diverse (CALD) communities was absent from the working group on Household Assistance which supported Minister Jenny Macklin in the lead up to the government’s carbon tax announcement.

“One size does not fit all is the moral of the story we keep hearing time and time again,” said Pino Migliorino, Chair, FECCA. “We strongly advocated for a representative from Australia’s diverse communities to provide input into the specific impacts of rising costs on families from refugee and migrant backgrounds. While we commend the government for a suite of support measures for communities in terms of targeted information provision, we have to ensure that these measures address the specific information needs of culturally diverse groups including language and literacy issues as well as preferences for face to face rather than web based information.”

FECCA commends the raising of the tax free threshold, which will bring benefits to many Australians. The assistance provided to low and middle income families and individuals is also a positive way of alleviating the pressures of additional costs.

According to the FECCA statement, the carbon tax measures provide for funding ($40 million) for information support to small business and community organisations “on practical measures they can take to reduce their energy costs”. This has to be made accessible to ethno specific organisations where there will be the greatest need for disseminating this complex tax measures to communities and families who will struggle with the details. The uptake of support measures by culturally diverse communities will depend upon their accessibility to information and on their capacity to go through the process of applying for such support. In the international context it is noted that many climate change measures bypass people of greatest need who often do not have the capacity to negotiate the complex terrain of climate change management measures.

In FECCA’s view, the changes in big industry will have an impact on employment in the short term. While renewable energy industry may grow and create new jobs, it has to be recognised that it will require different skills and may not automatically absorb people who will be affected by the current changes. Many Australians from culturally diverse backgrounds already invest time and resources into retraining and reskilling to get employment in Australia after their arrival. It has to be considered that some of these workers will face double burden if they have to face another situation of retraining and reskilling.

FECCA commends the focus on Aboriginal and Torres Strait Islander Australians and on communities living in Rural and Regional Australia. However, FECCA urges the government to consider the needs of Australians from culturally diverse backgrounds including new migrants and refugee communities, who constitute nearly half of Australia’s population. There is already evidence that some of the best intentioned government measures have poor uptake and outcomes in some Australian communities. It is important not to let this trend continue in terms of these important new carbon tax measures.

“Australians from diverse cultural backgrounds often come from communities and lifestyles with very small carbon footprints. In our planning and vision in this arena, we need to acknowledge their knowledge and experie
nce. Creating access in these communities to grants for innovative energy efficiency projects will bring exciting new ideas for Australia’s future as a climate change leader,” said Pino Migliorino.

FECCA will continue to advocate for targeted information provision for Australians from culturally diverse backgrounds. FECCA also calls for evaluation and monitoring of programs so that it can capture the impact of implementation across diverse communities in Australia. Disaggregated data is key to ensuring equity for all Australians in this important new road for Australian social and economic policy.