BLOG   By Victor Borg There is considerable concern within the Maltese-Australian community in Australia regarding the future of the historic building of Australia Hall located in Pembroke, Malta. This building was constructed to provide a place for entertainment and refreshments for the thousands of ANZACs who were wounded in Gallipoli and taken to Malta for medical treatment and convalescence.
Australia Hall was built by the Royal Engineers and took two months to complete. It was officially opened on 22 January 1916 by the Governor Field Marshal Lord Methuen. The Australian Red Cross contributed £2,000 towards its construction cost. Some 58,000 soldiers had been nursed in various hospitals and nearby tented hospitals specially erected to deal with the large influx of wounded soldiers arriving on the island. 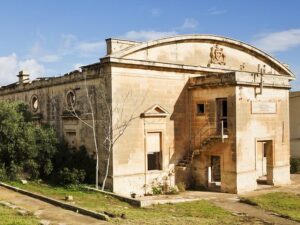 When the British military facilities in St Andrew’s Barracks were closed down in 1978, Australia Hall became the property of the Maltese government. In 1979 it was granted to the Labour Party on a long lease as compensation for the compulsory acquisition of land that the party owned in Marsa for use by Malta Shipbuilding Corporation.
Unfortunately, in December 1998 Australia Hall suffered severe damage when its ceiling of metal trusses and sheeting was gutted by fire. However, its sturdy four external walls still remained standing. Today the building with no roof is in a derelict state, open to the elements and damage by vandalism.
In 2010 the Labour Party was taken to court for failure to keep Australia Hall in good condition, as was required under the 1979 contract. These charges were dropped in October 2013, after the Labour Party was returned to government.
On 1 September 2014, the Labour Party sold Australia Hall and some surrounding land to a private company for €582,343, an amount considered grossly below its market value. It was reported that no money changed hands on this deal, and instead, the Labour Party’s pending debts with the company were paid off.
While it is not known what the new owners of Australia Hall have in mind for the site, since 1996 the building has been classified by the Malta Environment and Planning Authority (MEPA) as a Grade 2 building of historic, architectural and contextual value (as it forms part of a larger protected military complex). Thus, development in the area is so far restricted.
The history of Australia Hall forms an integral part of Malta’s important role in ANZAC history. It is a fitting reminder of the valuable services provided by many volunteer Maltese nurses and medical practitioners to thousands of Australian and New Zealand servicemen. Their efforts earned Malta the title of “Nurse of the Mediterranean”.
We urge Prime Minister Dr Joseph Muscat to commit the Maltese Government to the restoration of Australia Hall to its former glory as a monument to the excellent longstanding relations between Malta and Australia. 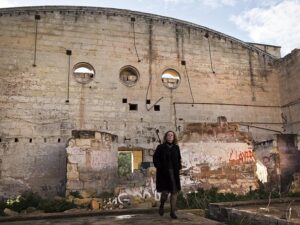 We commend the Australian High Commissioner H.E. Ms Jane Lambert for her efforts to save Australia Hall and her contacts with the current owners to explore restoration options and ensure that the building is not demolished.
We wish her every success and trust that the visit to Malta by Australian Prime Minister Mr Malcolm Turnbull for the CHOGM meeting in November will provide a timely opportunity for him to raise the matter with his Maltese counterpart.