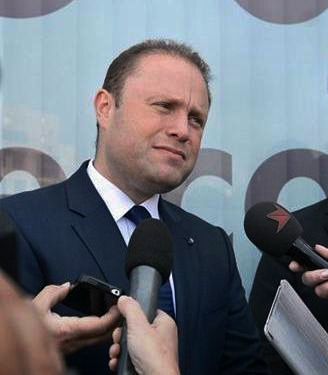 Yesterday the Maltese government set up the Malta National Celebrations Foundation to coordinate festivities marking a number of historical anniversaries in the run-up to each one. The foundation was established under the auspices of the Office of the Prime Minister. The government said it was fitting to celebrate these feasts as one nation and explained that the board would draw up a dignified programme of events.

During a meeting held with the foundation board members, Prime Minister Dr Joseph Muscat thanked them and said their presence confirmed his government’s commitment to ensure that the whole country has a sense of ownership in all national feasts.

He added that the biggest challenge was that of overcoming the partisan attitude in which political parties snub particular feasts because they belong to the other party. He said that time had come for the whole country to “embrace” all these national anniversaries and discontinue treating them as belonging to one party or the other.

A statement issued by the government stated that during the next five years, Malta is set to celebrate a number of historic anniversaries. In fact, next year, Malta will celebrate 10 years since its accession to the EU in 2004, the 35 years since the departure of the last foreign forces in Malta in 1979 celebrated as Freedom Day, 40 years since Malta became a republic in 1974 and 50 years since Malta’s Independence in 1964. Author, poet and academic Prof. Oliver Friggieri, regarded as one of the most prominent academics of Maltese language and literature, will head the foundation. The other members have been drawn from all walks of life and include Albert Marshall who is the Malta Council for the Arts and Culture chairman and vice chairman of the Public Broadcasting Services; Din l-Art Helwa president Simone Mizzi, lawyer and art historian Philip Farrugia Randon, financial expert and Price Waterhouse Coopers senior partner John Zarb, carnival enthusiast and ONE Television director Jason Busuttil, playwright Lino Farrugia, TV personality Andrea Cassar, musician and radio personality Gianni Zammit, academic and researcher Ray Mangion and OPM official Mario Farrugia Borg.

On 17 June Prime Minister Joseph Muscat defended his appointment of Lou Bondi to the foundation reiterating that he is fully aware that the appointment of Lou Bondì on a government committee tasked to organize national feasts did not go down very well in the Labour camp, but insisted that this is the price to pay to implement government’s slogan ‘Malta Taghna Lkoll’, based on meritocracy.

Dr Muscat said that Mr Bondì’s appointment could be the key to convey the message that people must unite and celebrate Independence Day and Freedom day, regardless of their political background.

Bondì, who was also touted for the V18 board, was ostensibly appointed for his involvement in the organisation of past large events, including his memorable performance playing the guitar at the 2005 Commonwealth Heads of Government Meeting.

Previous
Malta's Chief Justice complains about lack of consultation with Judiciary
Next
From economist to politician, EU auditor and Central Bank Governor