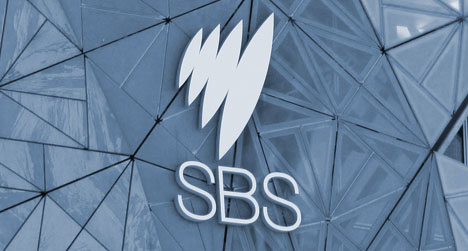 Maltese community leaders in Victoria and New South Wales presented a joint submission to SBS Radio in response to the draft Language Selection Criteria 2016/17, calling for an overhaul of the draft criteria. In their view, the criteria are “fundamentally flawed, grossly inequitable and unfairly disadvantageous to communities of medium to small size”. They believe that a complete makeover is necessary to ensure a fairer and more equitable distribution of radio broadcasting hours among the communities.
For several years, the Maltese Community Council of Victoria (MCCV) and the Maltese Community Council of New South Wales (MCCNSW) have been working together in the interests of the Maltese community in Australia to fight for a fairer method of distribution of radio broadcast hours on SBS Radio among ethnic communities.
On 14 November 2016 SBS launched a public consultation on the criteria for the SBS Radio Review. The draft criteria are identical to those used in the SBS Radio review conducted in 2012, except for the increase from 20,000 to 25,000 in the threshold population figure that a community must have in order to qualify as a ‘large’ language.
The Maltese community organisations gave several grounds on which they based their call for an overhaul:

The MCCV and MCCNSW also complained about the complete lack of transparency in relation to the exact methodology used to apply the criteria in allocating the number of radio broadcasting hours to communities. The criteria document should include clear information on the methodology.
The two community organisations proposed a set of basic principles that should underpin the overhaul of the criteria to make them more equitable and fairer:

In their joint submission the MCCV and MCCNSW proposed a set of criteria and weightings for the scoring of all communities without exception in the allocation of radio broadcasting hours.
In addition to population size in terms of language spoken at home (15% weighting); English language proficiency (15%); ageing (20%); recentness of arrival (10%); and household income (10%), they proposed two new criteria: availability of non-SBS sources of broadcast media in the language of a community (20%); and listenership levels for SBS Radio programs in the language of a community (10%).
The MCCV and MCCNSW also proposed a scoring scale to rate all communities without exception against the proposed criteria. The aggregated weighted score for each community would be used to rank communities and languages from highest to lowest. The allocation of radio broadcasting hours and digital services to the various community languages would then be based on the application of the aggregated weighted score for a community within the parameters of the proposed basic principles.
The MCCV and MCCNSW stressed that it is critical that SBS set an adequate budget for its radio program services in the ethnic community languages, which the organisation was primarily set up to serve.
In their joint submission, the two organisations severely criticised SBS for complaining about government funding cuts but then being able to find significant funds to: finance its highly expensive but totally inappropriate participation in the annual Eurovision Song Contest; set up a 24/7 Food Network TV station in 2015 dedicated to cooking and food shows which SBS sources from the USA; establish a 24/7 Arabic radio station in March 2016; and win an expensive auction against the Nine Network for commercial content to secure content owned by US cable channel Viceland in October 2016.
The funding of these expensive SBS initiatives contrasts sharply with the mean-spirited decision taken by SBS in July 2015, when it decided to discontinue the two hours of Maltese radio programs on the digital network that were added in April 2013 after persistent representations were made by the MCCV and MCCNSW. SBS had given its funding situation as the reason for these cuts and had explained that its funding no longer permitted the provision of these additional services.
The MCCV and MCCNSW questioned the latest commercial projects undertaken by SBS in the past couple of years, which would appear to be in violation of the SBS Charter, as provided in the Special Broadcasting Services Act 1991. They also complained about SBS abandoning a number of ethnic communities by directing its funds to purposes other than those it was intended to serve.