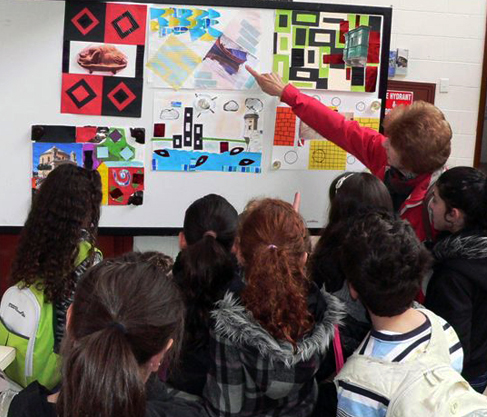 The Maltese Historical Association of Victoria organised a Maltese Language and Culture Immersion Morning at the MCCV Maltese Centre in Parkville on Saturday 10 September 2011. During the morning students were provided with a language and culture immersion experience to assist them in familiarising themselves with Maltese traditions, folklore and culture, which are important themes in the study of the language leading up to the VCE certification in Maltese.

The Maltese Consul General in Victoria, Mr Charles Mifsud, gave talks on Maltese Folklore to the senior students. Mr Manuel Casha led Maltese folk singing was led, while Mr Jonathon Hili presented on the significance of Maltese Feasts. Other activities included a collage session of a Maltese scene directed by Mrs Frances Bonnici, a workshop on the Maltese language by Georgina Scillo as well as a quiz on Malta’s geography and history by Ms Edwidge Borg.

For the junior students a cut and paste session of a virtual tour of Malta was led by Ms Sandra Bartolo. Ms Edwidge Borg organised traditional Maltese games, while Mrs Frances Bonnici organised an Orienteering Session.

Members of the Maltese Historical Association of Victoria assisted in the running of all these activities to ensure the morning was a huge success.

{vsig_c}0|mha-consul-100911-500.jpg|Consul-General, Mr Charles Mifsud, demonstrating the use of the ring in Folklore relating to pregnancy.|{/vsig_c}