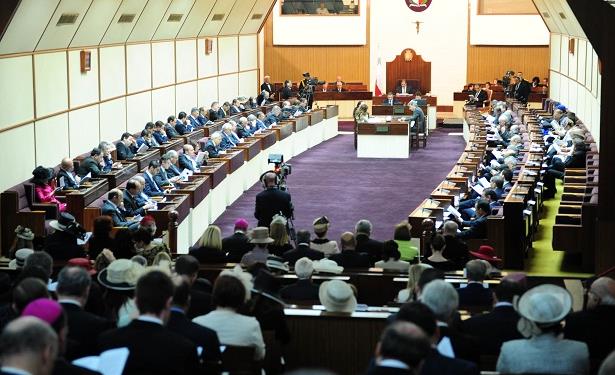 NEWS    Last Tuesday the Deputy Prime Minister of Malta, Mr Louis Grech, presented a Bill in the Maltese parliament aimed at setting up a Standards Commissioner for proper behaviour in public life. The Bill was seconded by opposition MP, Dr Francis Zammit Dimech. In a rare display of cooperation between the government and opposition, both sides of the house pledged that the spirit of introducing this law would be to strive for better standards from public officials and MPs.

Deputy PM Louis Grech said that a lot of effort had been put in by the committee in drafting the bill and that a lot of cooperation had take place. Mr Grech said that people expected higher standards of people in positions of trust, and that both sides of the house also agreed on this.
In seconding the first reading of the law, Dr Zammit Dimech said the origins of the bill were back in September 2013, when the opposition leader put forward a motoin where it was said that there were cases where Ministers and Parliamentary secretaries were not sticking to the code of ethics. This, he said, was happening not only in relation to declaration of assets, but also in terms of government jobs being given to relatives.
The motion also called for the establishment of the post of a Commissioner of Standards for proper behaviour in public life. The post would be that of a parliamentary official and would be given independency and autonomy and would also be tasked with setting up a permanent parliamentary committee for Proper Behaviour.
That motion, said Dr Zammit Dimech, was followed by another by Deputy Prime Minister Louis Grech, which made specific reference to the original motion put by the Leader of the Opposition, Dr Simon Busuttil.
As a result, a committee was set up and included Dr Zammit Dimech, and MPs George Vella, Ryan Callus and Justyne Caruana. He said that it was of satisfaction that the committee had fruitful discussions and led to this bill of law to be put forward in parliament and had the backing of both sides of the House of Representatives. He said he hoped the bill would be discussed and implemented as soon as possible and that a Commissioner for Standards would be appointed with no less than a two thirds majority.
Dr Zammit Dimech expressed his firm conviction that all public figures, especially MPs and Cabinet members should always act with a sense of correctness and be of a good example to others by observing the principles of honesty, truthfulness, seriousness and a sense of ethics. He said these are Christian and human values that should be the standards that the general public can judge public figures.
[Source: www.independent.com.mt]