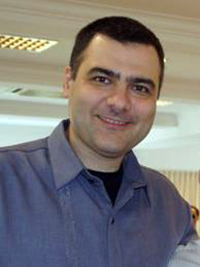 The Missionary Society of St Paul last Friday elected Fr Mark Grima mssp as the new Superior General of the missionary order at the General Chapter being held in Malta. Fr Grima has been serving as a missionary in the MSSP Phillippines mission that was established in 1999.

On behalf of the Maltese Community Council of Victoria and its affiliated associations, the MCCV President and Executive Committee members congratulate Fr Grima on his election as Superior General and extend their best wishes to him and to the General Administration team who will be assisting him, Fr. Martin Galea, Fr. Mario Micallef, and Fr. Frankie Cini, in the challenges ahead.

Fr Frankie Cini mssp on behalf of the General Chapter published the following message to the MSSP laity on the MSSP Facebook page on Friday:

“Under the auspices of our Lady of Ta’ Pinu, whose feast is celebrated on this day, the Missionary Society of St. Paul today elected its leadership for the next six years. Fr. Mark Grima, accepted the mandate of the General Chapter which chose him as the new leader of the MSSP.

“The vote which ushered Fr. Mark into this ministry of leadership and service to the Missionary Society of St. Paul, was in itself a show of the togetherness, and unity which has characterised this Chapter of the Society.

“Fr. Bernard Mangion, the outgoing Superior General took the opportunity to thank the members present and his leadership team for the way they have journeyed together in the past six years.

“Fr. Mark then made a formal profession of faith and was embraced by Fr. Bernard and all those present. We then vowed obedience to our newly elected Superior General. Simple, poignant and solemn moments of a group knit together the hard way: through toil and risk and a vulnerability to let God truly speak to us.

“In his first address to the Chapter as Superior General, Fr. Mark stated, for all of us: our gratitude can’t even compare with the graces that the Lord has already bestowed on us in these 3 weeks. Yet we humbly pray with Mary – The lord looked on us his servants in our lowliness, And he has done great things for us.

“Later during the day of Friday, the Chapter elected the other three members of the new General Administration in this order: Fr. Martin Galea, Fr. Mario Micallef, and Fr. Frankie Cini. These three members will form the team which will help and assist the new Superior General in his task of leading the Society in its task to discern the present moment and plan for the future.

“At 10.20 am, the Gozo contingent in the Chapter , led by Fr. Victor Zammit and Fr. Giovanni Cefai took over for a moment of prayer to our Lady of Ta’ Pinu, at the time traditionally associated with the call of Our Lady to Karmni Grima. Joining in prayer, right in the middle of our elections, was in itself an act of faith as we entrusted this moment of grace to the Mother of God, as our protectress.

“The Chapter continued with its schedule in the afternoon, and will go on till Tuesday 26th June, with a final session on the 30th June, the 102nd’ Anniversary of the Foundation of our Society by the Servant of God, Joseph De Piro.

“In all this, we felt contained by your prayers. As our close friends, collaborators and bigger MSSP family we thank you for surrounding this Chapter with your prayers and goodwill.”

Fr Mark Grima was awarded the degree of Master of Arts in Pastoral Leadership in 1998 by the All Hallows Missionary College in Ireland. The topic for his dissertation presented as part fulfilment of the degree was A Pauline Mission Spirituality which is published on the MSSP website. As Fr Grima states in his introduction, his dissertation offers “a rather tentative study, emphasizing the missionary dimension in Paul, which happened to be his motivating factor, and proposing him as a source of inspiration and direction for those involved in the ministry of evangelization.”