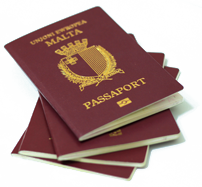 On Monday 23 December, Prime Minister Dr Joseph Muscat announced in a statement that talks between the government and opposition in a bid to reach an agreement on the citizenship scheme had failed.
Addressing a press conference that evening, Dr Muscat said the Opposition disagreed on a minor point of principle. Announcing details of the amended citizenship scheme, which he stressed was concluded in agreement with constituted bodies after having listened to their concerns and those of the people, the government has presented “a radically changed scheme”. The Legal Notice setting out the details of the Individual Investor Program was published on 24 December 2013 (Click here to download a copy).
In a press release, the Nationalist Party published a letter presented to the government towards the end of their last meeting, in which its leader Dr Simon Busuttil explained why the amendment Dr Muscat moved was unacceptable, saying that the Opposition can never agree with the principle of citizenship sale and will continue to insist that Malta’s citizenship is not for sale.
The European Parliament is due to discuss the scheme at a plenary meeting to be held on Wednesday 15 January 2014.

Pointing out details of the revised scheme during the press conference last Monday, Dr Muscat said the total package value will go up from €650,000 to a minimum of €1.15million.
€650,000 must still be paid as a national contribution – which amount Dr Muscat noted, is much higher than what the average citizen contributes in taxes. A total of 70% of these funds will go to the National Economic and Social Development Fund which will be managed in a similar way to Norway’s sovereign wealth fund.
Its scope will be to carry out projects linked to education, innovation, job creation and the implementation of the jobs plus strategy, social projects and ones regarding public health. The project will be led by a board of trustees and individuals who are super partes and can therefore decide at liberty on how funds are to be spent. The fund will be on the same level as the Central Bank, Dr Muscat said.
Another 30% of the revenue will go to the consolidated funds as a tax contribution.
The second pre-requisite is investing in property of a minimum value of €350,000. Prospective citizens can alternatively rent property at a minimum of €16,000 annually and must have a contract for a minimum of five years.
A total of €150,000 needs to be invested in stocks or bonds which will be sanctioned by the government and which will benefit the island. Such investment needs to be for five years at minimum.
The government certainly believes this is a better way to create a more tangible and long term connection with the island. The intention has always been to attract individuals of a high reputation.
While not commenting on the Opposition’s stand as such, he would have preferred it to be at the same table with the government and stakeholders yet the government’s call for the opposition to accept the scheme remains open.
Dr Muscat highlighted the proposed programme has been radically changed and includes totally new elements. People expected things to be clear and transparent and the government acted on this. A programme managed by the government was called for while the link between prospective Maltese citizens and the island was necessary. The use of revenue generated from this programme needed to be clear and the programme was to have a clear term by when it ends. The need for better investment was also highlighted.
Asked to clarify Henley and Partners position, Dr Muscat said the company, with which a contract had been signed, will be complying with the new criteria. Henley and Partners remain the government’s consultants on the scheme while the agency managing it will be Identity Malta.
All operators approved to promote the scheme will be able to apply directly with Identity Malta, Dr Muscat said.
He also pointed out that a four tier diligence process will be applied. Two government companies will assess applicants, following which process the government needs to give the go-ahead itself.  The Malta Financial Services Authority will also be overseeing the process. This will take place within a time frame of between six months and two years between when the request for citizenship is filed and granted.
As previously announced, the secrecy provision will also be removed and although this meant that certain markets will be closed, a conscious decision was made.
Capping will also be introduced to the scheme in totality. A maximum of 1,800 applications will be taken. The length of the programme depends on when the maximum take up is reached. He pointed out that at the moment, the island gives on average 1,000 citizenships a year to those who marry Maltese people among others.
Asked by The Malta Independent on reactions following the changes and whether the government had started to market to amended scheme, Dr Muscat said once the government was criticised for launching its marketing programme before an agreement was reached in Parliament, the mistake was not repeated.
He added the easiest option for the government was to leave the scheme unchanged however took the announced steps in favour of more economic growth.
Referring to January’s discussion at the European Parliament, Dr Muscat said the theme is not Malta’s scheme but on European schemes in general. Noting that he shoulders responsibility for the mistakes committed, he said foreign competitors will continue to criticize our scheme despite the changes yet he does not expect Maltese people to badmouth the island abroad.

Opposition calls for scrapping of the scheme

Speaking during a news conference held at PN’s Dar Centrali after talks between the two sides had failed, Opposition leader Dr Simon Busuttil urged the government to completely scrap the citizenship scheme, which, as things stand, aims to sell a Maltese Passport against no form of investment whatsoever.
He explained that the talks had failed since the scheme does not tie an individual to reside in the country for a reasonable amount of time before being granted Maltese citizenship while one can purchase a passport without the need to invest in the country.
Asked if the PN still considered to go for a referendum, Dr Busttil did not rule it out but said the PN would challenge the scheme’s Legal Notice in parliament once it is issued.
Dr Busuttil described the government’s proposed amendments to the scheme as “cosmetic”.

In a statement issued yesterday, the government noted with disappointment that the Opposition has continued with its negative attitude regarding the citizenship scheme, despite that the government having halted the initiative to discuss it thoroughly with stake holders before making substantial changes to the scheme.
The government noted that the Opposition formed part of these talks, led by Malta Financial Services Authority chairman Joseph Bannister, in which constituted bodies including the Chamber of Commerce part. Changes were also backed by Finance Malta, among others.
Despite this, the opposition continues to be negative even though it has stated that there was a small difference between the changes undertaken and those it proposed. The government said this attitude does not make much sense because from public comments it is clear that the opposition leader is accepting the programme in principle but does not want it to work.
It continued this only shows the opposition is worried about the programme’s success since this has the potential of generating billions from foreign investors in Malta and raising millions more in revenue for the economy. This would lead to considerably improving quality of life.
The government went on to point out some of the changes to the original scheme:

Yesterday The Malta Independent on Sunday spoke with Shadow Minister for Home Affairs Jason Azzopardi, who said that the PN would present a motion in Parliament before the Legal Notice comes into force and fight the Legal Notice that sets up the “revised” Individual Investor Programme by Parliamentary and legal procedure.
“By law a Legal Notice cannot come into force until 20 days after it is tabled in Parliament. The Legal Notice was published but it hasn’t been tabled yet because Parliament is in recess. The government will probably table the notice when Parliament reconvenes on 13 January. The Legal Notice cannot come into effect before 20 days from that date.”
Dr Azzopardi said that “all the dirt about this new scheme” will be revealed during the parliamentary debate. “In many aspects, the revised scheme is worse than the original one.”
The former minister said it is not true that all applicants will be contributing €1.15 million to Malta’s economy. “Many of those who come will be spouses, children or parents of the applicants. They will pay €25,000 and not €650,000. They will not buy a house each. Where is the investment that will lead to job creation?”
Dr Azzopardi also criticised the capping of the scheme, set at 1,800. “The Finance Minister went to Brussels and said that the number of applicants would be capped at 50 a year. Then the Prime Minister came along and rubbished all that Professor Scicluna said and came up with a new number.”
[Main source: www.independent.com.mt]