Phoenician shipwreck from 700BC located off Gozo 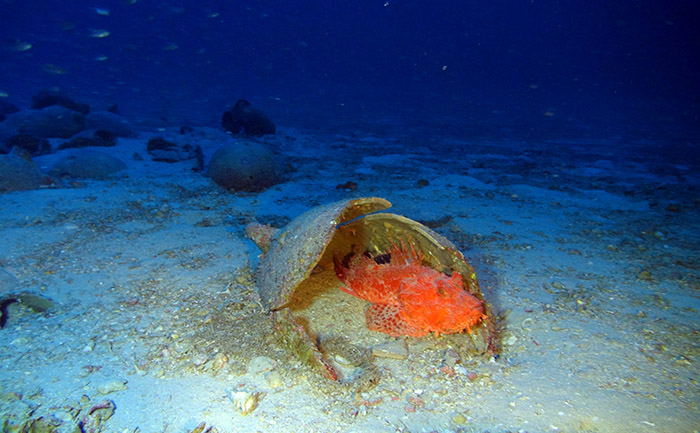 NEWS   Yesterday Malta’s Minister of Justice and Culture Dr Owen Bonnici said that a Phoenician ship has been located in the central Mediterranean, describing it as a historic event. The shipwreck is located one mile off the coast of Gozo at a depth of 120 metres and dates back to 700BC.
Dr Bonnici said the boat was most probably around 50 feet long and it could also be the oldest shipwreck in the Mediterranean.
The discovery was kept secret until the necessary studies were carried out in the ambit of the GROPLAN Project funded by the French National Research Agency. GROPLAN is aimed at developing underwater photogrammetry, a 3D recording system that enables scientists to accomplish tasks in an efficient and cost effective manner.
Project partners include the CNRS CCJ Centre Camille Julian, the CNRS Centre National de la Recherche Scientifique Deleation Provence Corse Laboratoire des Sciences de l’Information et des Systemes, the University of Malta’s Department of Classic and Archaeology, the Superintendence of Cultural Heritage, COMEX and the A&M University of Texas, US, among others.
The shipwreck is well preserved and new software development tools are being created to compile data which in turn will be included in the National Inventory of Cultural Property of the Maltese Islands, a register of cultural property in Malta.
Dr Bonnici said that the result of the project is surprising due to the fact that Malta has not infinite resources for such projects.
One of the project’s researchers explained that this find is typical of a Phoenician vessel which made stops in Sardegna and Malta to sell its cargo, some of which includes lava grinding stones and seven different types of vases.
The team worked over five days to gather information through endurance technologies being developed specifically for the purpose of recording ancient sites underwater such as this one. The team is led by Dr Timmy Gambin, a Senior Lecturer in the Department of Classics and Archaeology at the University of Malta, specialising in Maritime Archaeology.
More than 50 assorted amphora were also discovered by the divers, which researchers said indicated that the vessel had been in different harbours.
The items found were well preserved and were clear evidence of Phoenician maritime activity around the Maltese islands. The exact location of the site will not be revealed for the time being.
University Rector, Juanito Camilleri, said that this find “was very important for Malta.”
The site is being explored by GROplan Project, funded by the French National Research Agency. The project is aimed at developing underwater photogrammetry and is currently focused on piecing together over 8,000 photographs to create a very high resolution and detailed 3D model of the site.
Sources: Gozo News & The Malta Independent 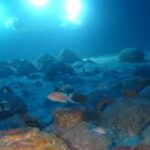 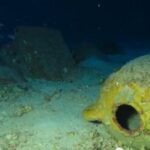 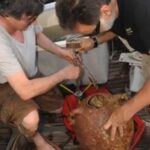